What happens when the royals go on vacation? 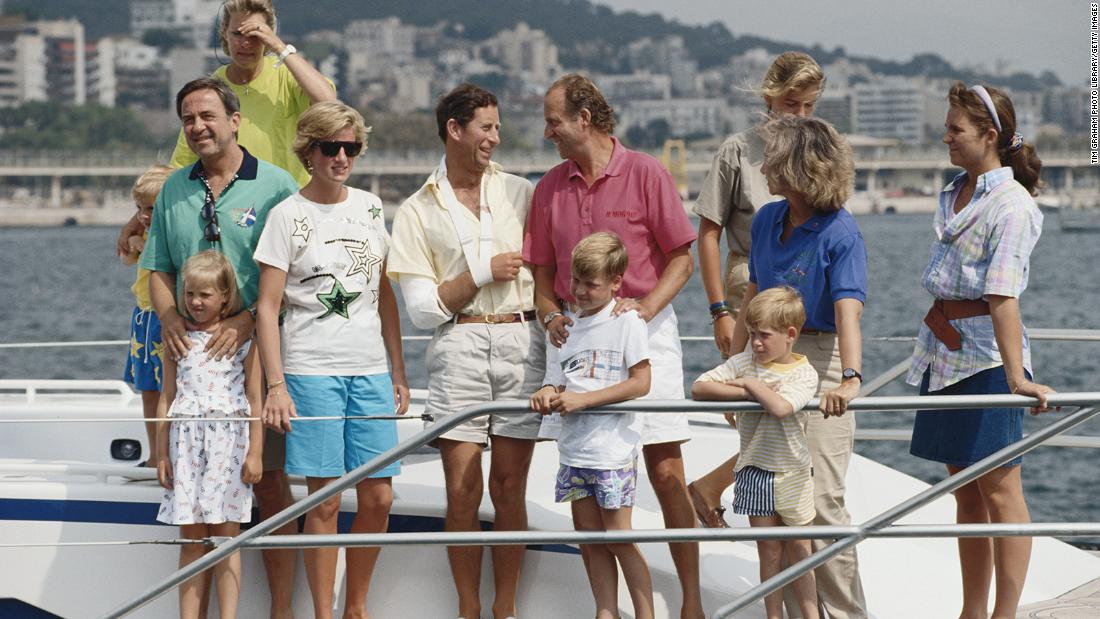 And that includes the royals. July and August are usually quiet months on the royal calendar, when family members take a break from their packed schedules.

But how easy is it for the royal family to really get away with it all – and what happens on a royal holiday?

The most popular holiday destination for royals is Balmoral Castle in Scotland, where the Queen spends her summers and where many family gatherings take place.

While at Balmoral, the king has been pictured enjoying walks in the countryside, riding horses and organizing picnics with his family. “It’s the most beautiful place on earth… and I think Granny is the happiest there,” Princess Eugenie said in a 2016 ITV documentary.

But the royals also want to go further. The Queen’s late sister, Princess Margaret, spent long holidays in Mustiquean island in Saint Vincent and the Grenadines in the Caribbean.

Her connection to the island began in 1960 when she saw it while cruising the Caribbean on the royal yacht Britannia. Its owner, Colin Tennant, gave her a 10-acre plot of land as a wedding gift, and she later used her island mansion as a retreat in the eyes of the media and the public. organize parties with celebrities.

Many royals have also been partly to retreat in the cold weather. Prince Philip took his children Princess Anne and Prince Charles skiing to Liechtenstein in 1965, and Diana, Princess of Wales regularly treats her sons William and Harry to some adventures. stored on mountain slopes.

And sometimes, romance flourishes during royal breaks. When Prince Harry introduced Meghan Markle as his fiancée in 2017, he told reporters about their romantic trip to Botswana, where they camped under the stars, away from all eyes. curious.

That visit was clearly an important one for the couple. Their time in the country was even featured on Meghan’s engagement ring, which contained a diamond from the southern African nation.

Harry’s romance story is no different from that of his brother, William, who proposed to Kate Middleton in a resting place at a wooden hut in the shadow of Mount Kenya. The couple got engaged while staying in a rustic hideaway near a vast animal sanctuary where rhinos and giraffes roam free.

With so many memories made while traveling around the world in private, it’s no surprise that royals cherish their holidays as much as the rest of us.

Last December, William and Kate released a photo from their family trip to Jordan. We still don’t know where the royals will be heading for their holidays this year, but after a busy period over Queen’s weekend last month, they’re sure to enjoy setting up their out-of-office email. me.

The Queen welcomes the deployment of the vaccine.

The Queen has called the UK’s rollout of a Covid-19 vaccine “astonishing” as she paid tribute to the National Health Service (NHS) by giving George Cross, Britain’s highest civilian title. The monarch welcomed representatives from the state-funded service, including nurse May Parsons, who administered the world’s first non-trial Covid vaccine in late 2020. “Are you still alive? ” The king joked with Parsons after hearing about her role in the history of medicine. The Queen followed up that engagement with a surprise visit to open a new hospice building in Maidenhead, near Windsor, on Friday. “Normally, a phone goes off immediately,” the Queen laughed when a member of the monarch’s referral team received the call when she appeared.

The story behind a landmark TV interview that destroyed Prince Andrew’s reputation will be made into a movie, it was confirmed on Thursday. The Duke of York spoke to the BBC’s “Newsnight” in 2019 about his relationship with convicted sex offender Jeffrey Epstein, and his uncomfortable performance was quickly criticized by the media. British media and the public wreaked havoc. Its producer, Sam McAlister, whose book “Scoops” is being turned into a movie, told CNN “it’s hard to believe, even nearly three years later, that this important interview ever happened.” During the conversation, Andrew claimed he couldn’t break a sweat and described Epstein’s sexual abuse as “inappropriate.” McAlister said: “As I sat 15 feet behind Prince Andrew in Buckingham Palace, I couldn’t believe what he was saying on camera.

It’s been a busy week for the future Queen of England, who is set to turn 75 on Sunday.

Camilla, Duchess of Cornwall has been in the spotlight for days before her important birthday – she edited a special edition of Country Life magazine last week and attended a birthday lunch set by the magazine Oldie’s held in London on Tuesday. .

“You might not believe it, but I’ve actually tried to keep quiet about reaching three quarters of a century – and, as you can see, failed miserably,” Camilla joked at the event.

She balanced the festivities with a full diary of royal skirmishes. On Thursday, she visited Battersea Dogs and Cats Home in south London, where she received a warm welcome from a four-legged resident and urged Britons to “find a friend for life.”

Last week we explored Camilla’s public role has grown in recent months as she prepares to side with her husband and the country’s next King, Charles.

Her 75-plus-year-old fanfare only hastened that change – while allowing her to bask in a wave of goodwill.

Poet Roger McGough even created a special piece for the duchess’s birthday, which tells her: “Yours are the days, ma’am, with the promise of much ahead. So , reduce the time, but gently, let them last longer. And don’t count them, just be grateful.”

She seemed to internalize that advice while delivering her speech to Oldie, in which she described Prince Philip’s philosophy as “Look up and out, say less, do more – and begin work.”

“I know that our minds, if not our bodies, will soon be spinning around that metaphorical dance floor,” added Camilla.

PHOTO OF THE WEEK

Charles and Camilla met with members at the Tabernacle performing arts centre, to celebrate the return of the Notting Hill Festival in London later this summer. The festival, organized by members of the city’s Afro-Caribbean community, is returning in August after three years away due to the pandemic.

Correction: An emailed version of this newsletter incorrectly stated when the Duchess of Cornwall visited Battersea Dogs and Cats Home. She went there on Friday.

Hello royal fans! Like the Windsors themselves, Royal News will be taking a short summer break for the next two weeks. We’ll resume our regular service on August 5th. But don’t worry, if something happens in the meantime, we’ll drop everything and move online immediately just to be sure. you have the latest royal titles directly in your inbox.