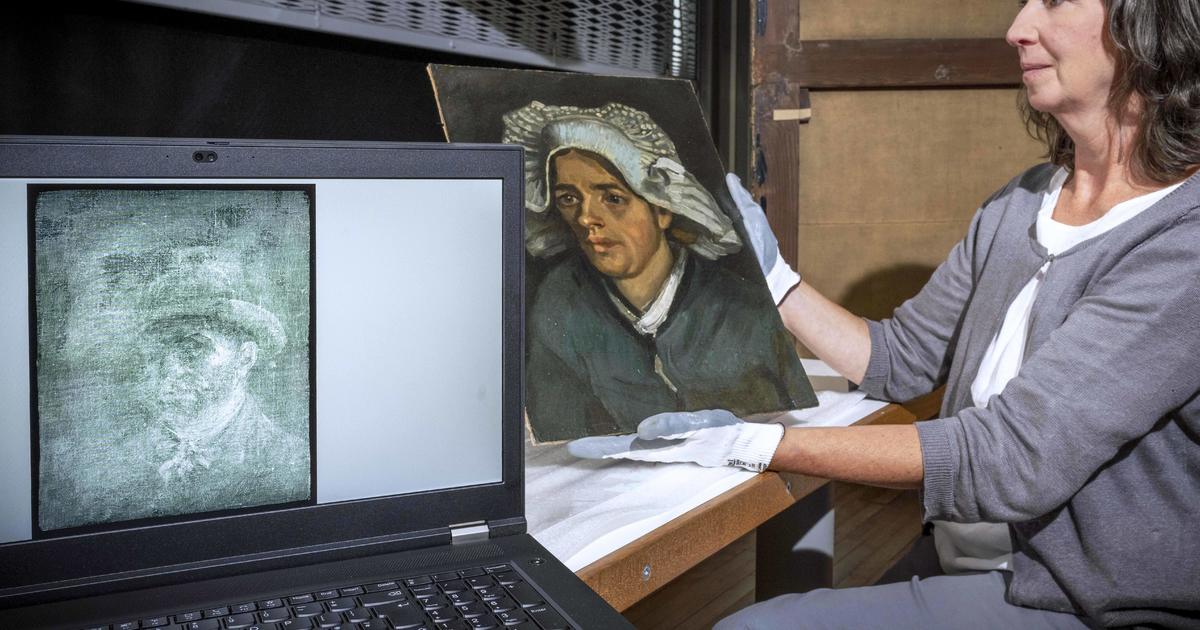 A hidden, never-before-discovered self-portrait of Vincent Van Gogh has been found on the back of one of the famous artist’s paintings. An X-ray photograph has revealed the secret portrait on the back of Van Gogh’s “Head of a Farmer Woman”.

The 1885 painting is being examined before an upcoming exhibition at the Royal Scottish Academy in Edinburgh, Scotland.

The National Gallery of Scotland (NGS) discovered the back of the painting was covered with multiple layers of glue and cardboard.

“NGS experts believe these materials were applied before an exhibition in the early twentieth century,” the organization said in a press release. “Van Gogh often reuses oil paintings to save money. However, instead of repainting previous works, he would turn the painting upside down and work in reverse.”

The portrait shows “a bearded babysitter in a brimmed hat with a scarf loosely tied at the throat,” NGS said. The portrait has an intense stare, and the right part of his face is shadowed, while his left ear is clearly visible.

Van Gogh famously cut off part of his ear with a razor in 1888. At the time, he was living in Paris with the artist Paul Gauguin. Based on Van Gogh Gallery, Details are sparse, but the incident is believed to have occurred after Gauguin began finding it difficult to live with Van Gogh and said he was leaving. Van Gogh cut off his ear with a razor the night Gaugin decided to stay at a hotel.

The NGS said the portrait was painted in the name of the Chief Farmer, possibly during a pivotal moment in Van Gogh’s career. At this point, he should have moved to Paris and exposed himself to French impressionism.

That experience had a profound effect, and greatly influenced why he adopted a more colorful and expressive style of painting – a style so admired today by so many people, says NGS.

This is believed to be the first discovery of its kind for a UK NGS organization. Visitors will now be able to view the x-ray images on display at the Royal Academy of Scotland’s “A Taste for Impressionism” exhibition from 30 July to 13 November. A lightbox was built. will make X-rays visible.

There is also ongoing research on how to remove glue and cardboard to uncover the hidden self-portrait, which requires sophisticated conservation work. The status of the portrait is unknown.

“Moments like these are extremely rare,” said Professor Frances Fowle, senior curator of French art at the National Gallery of Scotland. “We have discovered an unknown work by Vincent van Gogh, one of the most important and famous artists in the world. What an incredible gift to Scotland, and a work that will last forever. is in the care of the National Gallery.”

The status of the self-portrait below is not known, but if it can be discovered, it is expected to help shed more light on this mysterious and fascinating artist.

Caitlin O’Kane is a producer of digital content including trending stories for CBS News and its fine news brand, Enhancement.