Government restored Saturday off; The decision on the early closure of the markets is postponed 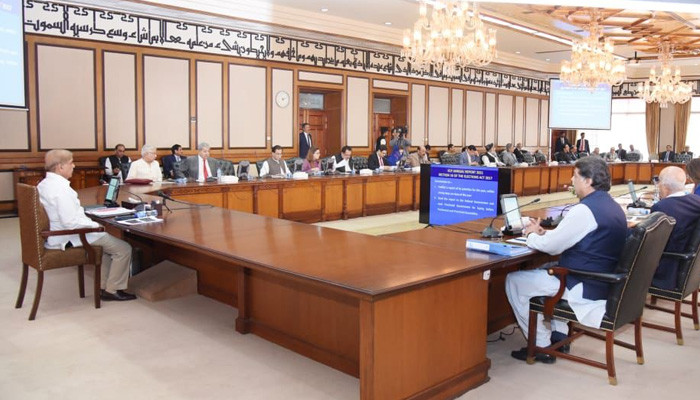 ISLAMABAD: The federal cabinet on Tuesday approved a two-day weekend for government employees but the decision to close the markets early cannot be taken.

During today’s meeting, Power Division presented a summary for “Energy Saving Measures” including closing markets by 7pm and Saturdays off amid the price of petroleum products. get a raise.

Prime Minister Shahbaz Sharif chaired the meeting, during which load control measures were also discussed, which have multiplied over the past few weeks.

Speaking at a press conference after a federal cabinet meeting today, Marriyum Aurangzeb said that lunches, dinners and high teas have been banned at all government offices.

As part of the austerity policy, she said, the government has banned foreign cabinet members and civil servants from visiting and receiving treatment abroad at state expense.

The government has also banned vehicle purchases for officials and ministers, she said, adding that it has decided to move official meetings to virtual.

The minister added that the government has started implementing austerity measures from today.

The cabinet has also approved a 40% cut in government agencies’ entitlement to petrol under an austerity plan aimed at controlling costs, she said.

In response to a question about the early closure of markets, Mr. Marriyum Aurangzeb said that traders and the business community will be very confident in this matter.

Prime Minister Shahbaz Sharif will have a meeting with all the ministers and gain their confidence on this matter.

Work from home on Fridays

The minister added that a proposal has been shared to implement the “work from home” policy on Fridays, however, the prime minister has formed a committee to further consider it and propose a framework.

Marriyum Aurangzeb said electoral reform is a top priority for the coalition government. She confirmed that they would open a high-profile investigation into Daska’s by-election fraud.

She said that Daska’s election fraud was a test case for the Election Commission of Pakistan (ECP). The information minister said that they will deal with the matter in a reasonable way so that no one can sabotage future elections.

Regarding loadhedidng, Marriyum Aurangzeb said that the duration will be reduced to two hours a day after June 30.

600MW of electricity will be added to the national grid from the Port Qasim power plant on June 30.

On Monday, Defense Minister Khawaja Asif proposed four and a half working days a week to help save fuel and energy amid soaring fuel prices and power shortages.

The Secretary of Defense took to his Twitter to share his proposal and wrote, “In the current situation, across the country, there should be a complete day off on Saturday and Sunday and a working day and a half on every Friday.”

He suggested that there should be four and a half working days in a week, adding that office hours should be increased by an hour during workdays.

In a separate meeting last week chaired by the prime minister, the federal minister made a proposal to change the market timing.

Khawaja Asif strongly objected to the proposal to open the market from 1:00 p.m. to 1:00 a.m., emphasizing that the market should only be opened during the day to make reasonable use of sunlight, as it is available for 365 days.

He said that if the market adjusts their timing accordingly, we could save 3,500MW even without Karachi, adding that tough decisions need to be made.