The 10 Most Iconic Moments in Face/Off 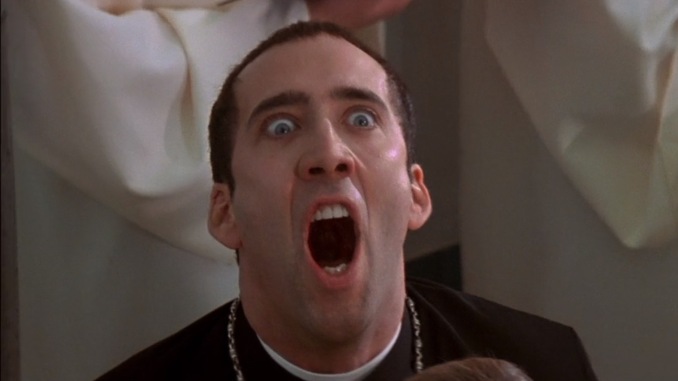 The 10 Most Iconic Moments in Face/Off

For a quarter of a century, we have been fortunate enough to exist in the same world as Face / Off. Few movies can boast such a ridiculous premise: FBI Agent Sean Archer (John Travolta) has his face surgically removed and replaced with the face of his sworn enemy him, the terrorist Castor Troy (Nicolas Cage, withdraw all stops), to prevent a bomb from going off. What could go wrong?

From John Woo’s bombastic direction to over-the-top hilarious script, it feels like every aspect of the film has been elevated to 11. Every scene boasts another actor that makes you go, That guy! We received a pair Wire alums — Robert Wisdom (Bunny Colvin) and Christ Bauer (Frank Sobotka, rest in peace). The supporting cast is just a bunch of talented stars: Alessandro Nivola (yes distant more fun than he did Many Saints of Newark), John Carroll Lynch, CCH Pounder, Tom Jane, Margaret Cho, Joan Allen, the list goes on.

Speaking of the list, we’re honoring the film’s 25th anniversary with 10 of its most iconic moments in chronological order. Interesting!

Handel’s “Messiah” can be boring (at least for Castor Troy), but Cage’s performance is superb. Whether he breaks it in his priestly robe or makes a face worthy of a meme, he tells us early on how strange things will happen.


And not just any FBI agent – someone he made just moments before! However, Castor Troy will make a face like an unrepentant brother boy who just spilled 40 on your carpet.

To be fair, if I were in Archer’s position, I would probably freak out too. But its pomp! He broke a mirror and told the surgeon, “When this is over, I want you to take this face and burn it.” Simply spectacular.


Is it bad that Castor Troy looks cool here? Like, his insides were exposed, but why not light up?

John Travolta enjoys the opportunity to play a villain. He delivers lines with so much venom and subtlety that even objectively silly statements (see: above) can be instantly quoted.

Dietrich is right — no more drugs for this guy!


Sometimes I think that maybe the authors of Face / Off come up with this scene and then build a premise around it. And it’s a great scene! The Icon! Another moment for Woo’s direction to shine! And of course, miraculously, neither of them died.


The action sequences are a dozen, and often when trying to get through the previous ones, they get weirdly clunky and boring. Not the last fight in Face / Off, However. Not only is Sean-as-Castor literally water skiing with his feet, but the sight of John Travolta and Nic Cage (or rather, their stunt double) dashing through the air will never cease to entertain. I.


Clare Martin is a cemetery enthusiast and Pastecomedy editor assistant. Go harass her on Twitter @theclaremartin.