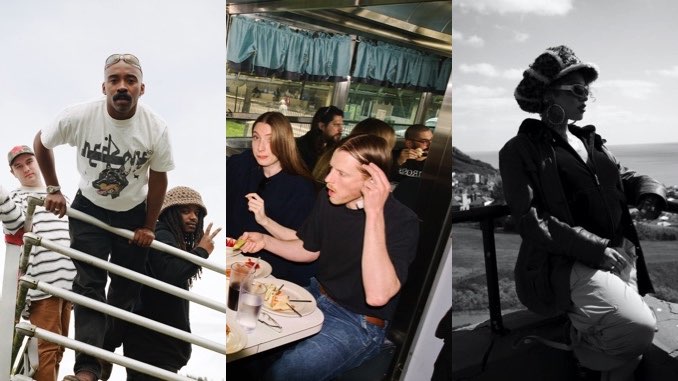 
In Paste Music, we are listening to so many new tunes any day, we hardly have time to listen to each other. However, every week we can manage, we stock the best hits of the previous seven days, providing a weekly playlist of our favorite songs. Check out this week’s best new songs below.

It’s an exciting time for The bees. The New Zealand quartet announced their third album, Expert in the field of death, will premiere September 16 through Carpark Records. They also dropped the lead single from their upcoming LP, “Silence Is Golden”, along with a music video. Our first preview of the sequel coming in 2020 Jump Rope Gazers (unless you count a February”A real thing, ” Although that song does not appear on the new record), “Silence Is Golden” maintains The Beths power-pop song structure and light guitar. Tension can be felt throughout the piece, reinforced by Elizabeth Stokes’ tight percussion and quick repetitions “Sound, sound, sound, sound, sound, sound, sound sound, sound.” She compared the noise level to unbearable, she compared it to “a building with a jet engine / Building building until 6 a.m. / It is building and building and building until I could no longer function.” —Samantha Sullivan

This week, Drugdealer (Michael Collins) returns with “Madison,” his first release since 2019 Pure honey. The cool single is a tender homage to his fleeting dream girl, who can party like a debutant and never seem to stay. The ultimate woman, Collins captures her charms with ’70s flair and smooth steel pedals as he admires her from afar. On the perfect soundtrack for summer lovers, his voice melts as he marvels, “She’s always trying to find another place to go / Follow the music on the radio / And they will try to understand her but they will never know / my Madison. ” —Samantha Sullivan

After breaking through the power of one of the best albums of 2021—Their first electric length New long legs—London’s dry cleaning is back to make its mark in 2022. The quartet announced their second record. Stumpwork, on October 21 on 4AD, and released the video for its lead single, “Don’t Press Me.” After New long legs received critical acclaim, a confident new Dry Cleaning — it’s Nick Buxton (drums), Tom Dowse (guitar), Lewis Maynard (bass) and Florence Shaw (vocals) — doesn’t fix what not broken. They returned to the Welsh countryside and reunited with the trusted team of producer John Parish and engineer Joe Jones to record their LP2 (and play table tennis too) for an extended period in the studio. “Don’t Press Me” is the first exciting preview of Stumpworkwith enough similarity in the band’s sound New long legs era to feel familiar, as well as subtle signs of Dry Cleaning push boundaries. The quartet employs a crisp guitar-rock tone, with Dowse’s guitar, Maynard’s bass and Buxton’s drums in a tense clef along with Shaw’s signature sing talk. “Don’t touch my gaming mouse,” she commands in verses, only to be more conciliatory in the chorus, interrupting (!) “Don’t press me” on the keys and whistling, as if begging for relief— wringing the blood of the disease from a stone of the dead without order. She repeats this feat only once, as the space that the song’s second chorus will take up is replaced by a Dowse solo that has passed, all the more gratifying because it’s so unexpected. . All this in under two minutes, Appendix A supporting Dry Cleaning’s newfound self-assurance. —Scott Russell

Tacoma, Washington, rockers Enumclaw announced their long-awaited debut album, Save the baby, coming October 14 on Luminelle Recordings. Details on the first full release of Gabe Wax produced by the band (Soccer Mommy, Adrianne Lenker, Fleet Foxes), the sequel to their worldwide acclaimed 2021 EP State Demo, which arrives Tuesday with the video for the new single “Jimmy Neutron”. “This song is about getting so close to love that you can almost taste it,” head Aramis Johnson explained in a statement. “All the pinnacles of love and how grotesquely not being yourself can get you into action. All day dreaming you do about what could happen and how they might turn out. However, there is always a catch, and in this story, as soon as you reach out to grab ‘love’ and have it in your hand, you drop it. “Jimmy Neutron” opens with some hilarious conversations by the band before Ladaniel Gipson’s drums evoke Johnson and Nathan Cornell’s dial-up guitar cues, with bass by Eli Edwards (Johnson’s younger brother). The drumming completes a beautiful sound picture.The song’s central riff is as engaging as Johnson’s vocal performance, his smoothest and most confident to date: “I want to love / But I don’t think I can get it / Every time I get close to you / I start to panic,” he sings, steadfast despite being stuck in that emotional nominal space. What we have believed in since Enumclaw first appeared on the scene with “Quick N All“Last year: The self-described “best band since Oasis” can walk comfortably. —Scott Russell

Greentea Peng’s music has always been about healing and self-care. Her molasses voice evokes the late Amy Winehouse’s edge with a neo-soul style. “Stuck in the Middle” is a funky R&B bop that Greentea pops with ease. Horns creep in and out on a deep, soulful bass. Greentea’s voice and her lyrics descend like much-needed medicine, and each beat brings you closer to clarity. —Jade Gomez

Fever dreams are characterized in part by the dimming of reality and the imagination they create. Your overheated mind conjures up (completely negative) experiences, and you have to discern for yourself whether it’s all in your head or your actual life has turned for the worst. These days, you barely need a fever to feel this way— “brain fog” is an all-too-familiar term in the Covid era. London’s High Vis quintet exploits that sense of detachment and unreality in their latest single, released this week ahead of their second album. Mix (Dais Records, September 9). Theoretically, the track lands somewhere between TURNSTILE and Fontaines DC, bringing together pop hooks and mechanical punks in a Britpop mix. “Fever Dream” may revolve around the times in our lives when we are most uncertain of our own existence— “Days on the tall grass / And nights passing through glass” – but the sound itself Music is a complete affirmation of life. —Scott Russell

Winnipeg singer/songwriter Jeremy Haywood-Smith, aka JayWood, has a clear vision of his latest single Slingshot (July 15, Captured Track): “With the sun above and the rain that never stops / Finally let my people shine.” JayWood and Richmond, Virginia, rappers McKinley Dixon Verses that trade to end with a contemplative hip-hop instrument reminiscent of A Tribe Called Quest’s “Electric Relaxation,” which enumerates the dark clouds of pain and injustice that have always stalked skin Americans. black. The elaborate synthetic development phase moves the track in and out of its choruses, and by the end of the song it sounds more like prayers. Written on the night George Floyd was murdered, “Shine” combines horror and beauty, much like everyday life today, presenting a complete picture and making listeners believe it will take it all in with spirit of hope and urgency. —Scott Russell

Julia Jacklin: “I was Neon“


Julia Jacklin longing for a version of herself from her latest single, “I Was Neon.” Our second preview of her new album, BEFORE PLEASEReleased on August 26th via Polyvinyl, it is the religiously-appropriate sequel to “Lydia Wears a Cross. “Jacklin has a knack for turning anxious subjects (see “Party Pressure”) into flashy pop hits that make you forget about the underlying underlying crisis. She realizes the unsettling distance she has placed between herself and the person she used to be, yet “I Was Neon” still feels luminous. Percussion spurred Jacklin reluctantly forward as she asked, “Am I going to lose myself again? I quite like the person I am. ” As the light of her past grows dim, the song will steadfastly continue to push forward with time immutability. —Samantha Sullivan

Pool Kids gives listeners another look at their upcoming album with their latest single, “I Hope You’re Right.” Combining math-rock-inspired riffs and a story that epitomizes power pop, the song is a candid look at how uncomfortable it can be when someone always wants to play a role. devil advocate. Christine Goodwyne’s vocals emerge uncomfortably in a track she dedicated to “men who think they have perfect politics and have nothing left to work with”. Refusing to engage in another groundless fight, she laughs it off and looks through fake apologies, instead finding the perfect revenge in the song she wrote. —Samantha Sullivan

It is very difficult to put Twen in any box. Glimpses of their DIY punk roots come through Jane Fitzsimmons’ soaring indie guitar tunes and delicate low-pitched vocals reminiscent of ’80s new wave heroes. “Feeling In Love (Feeling In Love) From The Waist Down)” is a display of the band’s sly humor. Fitzsimmons fluttered between words and a little flutter as she realized that she was the master of her own world and joy. “I decide how / The tides will change and if I want / My gravity will pull you in,” she asserts. Twen quickly emerged as another promising presence in guitar music, and the many forms they used proved it. —Jade Gomez