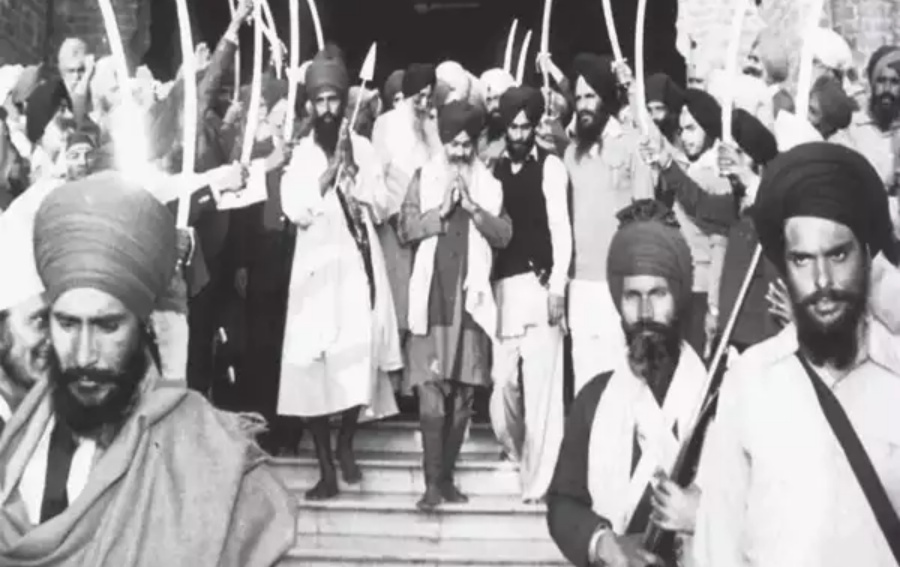 On July 13th, Punjabi University decided removed some ‘possibly objectionable’ content from an MA political science book after Shiromani Gurudwara Prabandhak Committee (SGPC) wrote to varsity. In the latter, the SGPC strongly opposes the book because it refers to Jarnail Singh Bhindranwale as a terrorist. The book is based on a textbook published by the university’s Department of Distance Education.

“I came to know about offensive content. We will scrap it and launch an exploration into how it becomes part of the curriculum,” said Satnam Singh Sandhu, head of the Department of Distance Education of Punjabi University, Patiala.

The decision was made after SGPC president Harjinder Singh Dhami Written send it to the Vice-Chancellor and the relevant department asking it to immediately note the “deprecated content” and explain it clearly.

In the letter, SGPC Chairman Harjinder Singh, who supported the chairman, expressed his displeasure over the ‘offensive’ content of the book. Praising terrorist leader Khalistani Jarnail Singh Bhindranwale as a ‘saint’, Singh said, “Sant Jarnail Singh Bhindranwale has been described as a terrorist in the MA political science curriculum. This unacceptable language is found in the Punjabi intermediate book of political science MA (fourth semester syllabus). From page 26 onwards of Punjabi University book starting with chapter titled ‘Punjab De Sikh Jangju Andolan Da Vishleshan’ (Analysis of Sikh Warrior Movement in Punjab), Bhindranwale was targeted and curriculum contains more controversial information about the Sikh struggle. Given the severity of the problem, I ordered action. We have written a letter to the VC of Punjabi University and related department asking them to amend the offensive content”.

“This is just a manifestation of the university’s anti-Punjab and anti-Sikh ideology that could jeopardize the peaceful atmosphere of the state. “Sant Jarnail Singh Bhindranwale was a Qaumi Shaheed, declared a martyr by Sri Akal Takht Sahib. He fought for the rights of Sikhs and Punjabi, and was martyred in a clash with the Army during Operation Blue Star. There will be legal action against the university if it doesn’t change the content and apologize,” SCPC chief added.

Earlier in the day, OpIndia reported how the AAP government in Punjab was forced to take back the order passed on July 6 to remove images of Jarnail Singh Bhindranwale and Jagtar Singh Hawara from state-run buses.

However, under the PRTC’s order, several religious organizations claimed their religious sentiments had been hurt, and the order was therefore withdrawn.

Hawara is a terrorist Babbar Khalsa serving a life sentence for the assassination of Punjab Chief Minister Beant Singh. Under the order of July 6, Sikh groups in Punjab including Dal Khalsa, Shiromani Gurdwara Parbandhak Committee (SGPC), Akali Dal (Amritsar), and others organized protest against the order to take down the photos and slogans. from state-run buses. They have threatened to revolt against the order if they are not revoked by Tuesday.