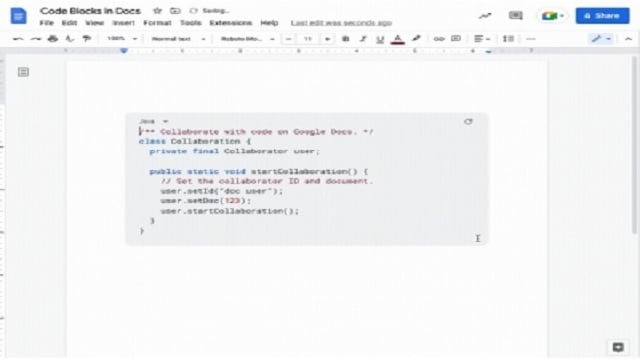 Previously, when working in Google Docs, collaborators who wanted to present code had to paste it into a document, then manually apply styles using syntax highlighting, the tech giant said. in a blog post Update Workspace on Wednesday.

This feature has no admin control.

Meanwhile, last month, the tech giant rolled out a new transformative Material You design for its Docs, Sheets, and Slides.

It is designed like a pill, so the Material 3 (M3) switch is larger than the previous one.