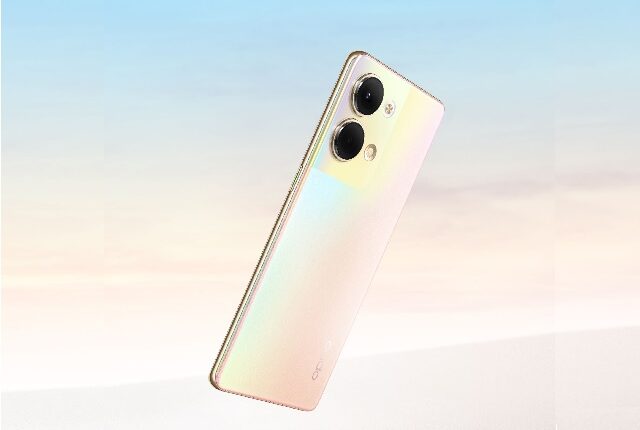 The OPPO Reno10 series is said to launch in India around the week of February 1 or 2. Furthermore, it is known that there will be no Reno9 series in the country; instead, the brand will directly introduce the Reno10 series.

However, it is still unclear whether the Reno10 series will be renamed to the Reno9 series or there will be completely new models in the country.

Currently, there is not much information regarding the Reno10 product line. Leaked reports about OPPO Reno10 Pro+ have revealed that the device will have a completely new design camera module and a flat screen. The phone will have an elliptical module on the back, with two small circular and one square cutouts, which could be a telephoto sensor. We can also see an LED flash cutout. There is the words “Powered by MariSilicon” engraved on the module.

The Reno10 Pro+ is rumored to have model number PHU110 and could come with an OLED display with a 120Hz refresh rate. The phone can be powered by a Qualcomm Snapdragon processor or a chipset that supports MediaTek Dimensity 5G. The phone is capable of booting the Android 13-based ColorOS custom skin right out of the box. The company can supply a 4,700mAh battery for the phone. The battery is said to have 80W fast charging support.

The device is expected to feature a 50MP main camera, an 8MP ultra-wide-angle camera, and an unspecified periscope camera. There is currently no information about the selfie camera specifications.

Besides the Reno10 series, previous rumors have claimed that OPPO is testing the Find N2 Flip in India and it is expected to launch in the country sometime around the end of Q1 2023.