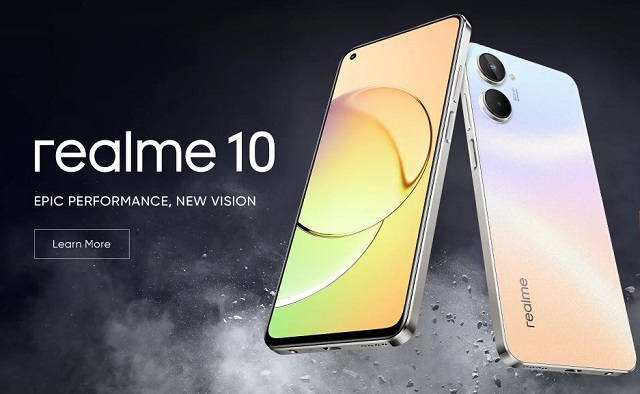 Realme 10 4G has been launched in India and this smartphone is the most budget-friendly device offered in the realme 10 series.

The Realme 10 4G has a 6.4-inch Super AMOLED display with FHD+ resolution. The screen supports 90Hz refresh rate and 360Hz touch. The smartphone is protected by Corning Gorilla Glass 5 and is powered by MediaTek’s G99 chipset. In terms of RAM, the smartphone has up to 8GB of RAM and up to 128GB of storage.

The smartphone’s rear camera cluster includes a 50MP camera sensor, a 2MP black and white camera. The smartphone’s selfie camera consists of a 16MP camera and it is housed in the hole-punch on the top left. The device has a 5000mAh battery that supports 33W fast charging. The battery can be charged to 50 percent from zero in just 28 minutes.

The Realme 10 4G smartphone is available in 4GB +64GB variant as well as 8GB +128GB variant. While 4GB RAM costs Rs 13,999, 8GB RAM costs Rs 16,999. Many banking offers are also available on smartphones. The sale of the smartphone will start from January 15 (midnight) on Flipkart and realme official website.

When it comes to smartphone colors, the smartphone is offered in two colors – Clash White and Rush Black.