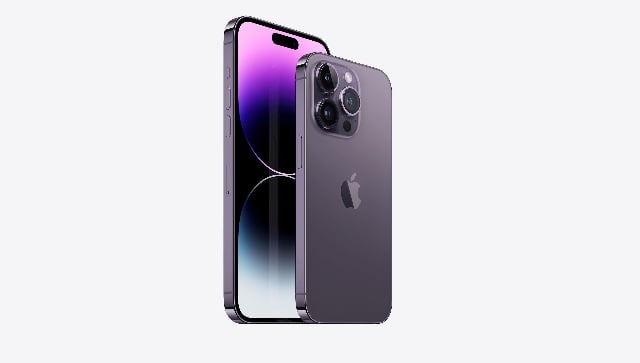 Apple’s supply of iPhone 14 Pro models has improved and delivery times to customers have been reduced.

San Francisco: Apple’s supply of iPhone 14 Pro models has improved and delivery times to customers have been reduced.

AppleInsider reports that on-time delivery will remain a top priority throughout this month.

The wait time for customers to receive their smartphones is affected by the tech giant’s ongoing problems at the Foxconn facility in Zhengzhou, the largest manufacturer of iPhone 14 Pro models. .

As Apple tries to shorten the delay, it looks like supplies of Pro models are running low.

The report says that global delivery times for Pro models dropped from 35 days to 29 days a week ago.

Last week, it was reported that shipments of iPhone 14 Pro models will decrease by 20 million units in the fourth quarter (Q4).

According to Apple analyst Ming-Chi Kuo, shipments of the iPhone 14 Pro and iPhone 14 Pro Max models will be between 15 million and 20 million units lower than expected.

Meanwhile, last month, workers at the largest factory of Foxconn, the supplier of iPhones to Apple in China, clashed with security forces and company officials amid protests. protest against late payment of bonuses for work during the closure due to Covid.