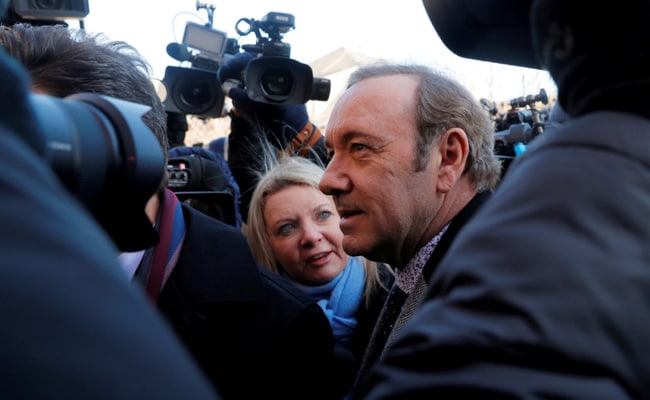 Hollywood star Kevin Spacey on Thursday pleaded not guilty at the Old Bailey court in London to four charges of sexual assault against three men.

The 62-year-old star wore a blue suit and blue tie as she stood at the pier at the UK’s top criminal court.

He spoke to confirm his name and age before pleading guilty to four counts of sexual assault and one count of causing a person to engage in penetrative sexual activity without consent.

The Crown Prosecution Service, the body responsible for bringing prosecutions in England and Wales, said in May that it had authorized charges against Spacey.

A two-time Oscar winner for “The Usual Suspects” and “American Beauty,” he was formally charged by police in the British capital the following month and voluntarily appeared in court within days.

At a hearing last month, Spacey’s attorney Patrick Gibbs told the court his client “firmly denies any criminality in this case”.

“He needs to answer these charges if he wants to move on with his life,” Gibbs added at the time.

The deputy judge at the hearing initially learned that the actor lives in the United States, where he has a family and a nine-year-old dog.

The judge formally revoked the arrest warrant issued two weeks before it was learned that Spacey had arrived in London to appear.

Reporting restrictions prevent the media from going into the details of the allegations to avoid disadvantaging the jury at any trial.

The first two sexual assault allegations date back to March 2005 in London and involve the same man, now 40.

A third case is believed to have occurred in London in August 2008 against a man now in his 30s.

Spacey was also charged with “causing a person to engage in penetrative sexual activity without consent” against the man in his 30s.

The fourth alleged sexual assault took place in Gloucestershire, western England, in April 2013 against a third man, also now in his 30s.

None of the alleged victims could be identified under British law.

Following the prosecutors’ announcement in May, Spacey said he was “disappointed” with the decision.

“I will voluntarily appear in the UK as soon as it is possible to arrange and defend myself against these charges, which I am confident will prove my innocence.”

Spacey was artistic director of the Old Vic theater in London from 2004 to 2015.

The charges against him emerged in the wake of the #MeToo movement with numerous allegations of sexual assault and harassment in the film industry.

That prompted an investigation by the London Metropolitan Police and a review by The Old Vic during his time there.

Claims against Spacey in 2017 led him to end his participation in the filming of the final season of the TV series “House of Cards” on Netflix.

He was also dropped from the Gore Vidal biopic on the TV network and as industrialist J. Paul Getty in “All the Money in the World”.

(Except for the title, this story has not been edited by NDTV staff and is published from an aggregated feed.)