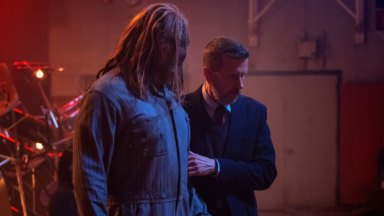 After debating countless theories while pursuing the truth about Angela Waters, Liars discovered exactly who “A” was in the August 17 finale of the show. Pretty Little Liars: Original Sin. The liars are on the right track when they discover that Angela Waters has a sibling. When this is happening, “A” kidnaps all the mothers.

“A” messaged Liars that it was time for mothers to go to “trial” at school. Liars race to school and find a new message: “All bullies must be punished tonight, including yours.” Liars have to face the people who treated them. “A” gives them a chance to punish those who have hurt them, but they all decide against it.

Imogen is forced to confront his mother’s dead body. To get one step closer to the truth, Imogen must search his mother’s body.

The liars eventually reconnected and entered the auditorium together. They discover their mother tied up, with the letter “A” lurking in the distance. Principal Clanton appears and reveals that “A” is Archie Waters, his son and brother of Angela.

Principal Clanton and Rose Waters grew up together in Millwood. Rose is pregnant with twins, and Clanton’s parents pay for Rose and her family to move to another town. Rose returns when the kids are older and wants Angela to go to Millwood High. Rose insists on keeping Archie at home because he has a face “only a mother can love.” Their secret was kept from everyone, including Angela.

At the present time, Principal Clanton is adamant that Angela did not take her own life because she was sexually assaulted by Tom Beasley. Imogen reveals that she found the pages of her mother’s diary in her mother’s mouth. All the pieces of paper said “delete her”.

Mallory Bechtel: 5 things to know about the actress who played the twins in ‘PLL: Original Sin’

That’s when moms started pouring tea. Everything changed after Angela was sexually assaulted by Tom. Angela goes to Davie and reveals that Tom was her rapist. Davie calls Angela a liar and blames her for what happened. Davie decides to go to war with Angela and teach her a lesson.

Davie orders her friends to pretend Angela doesn’t exist. “We are going to wipe out Angela Waters,” she said. The girls followed Davie’s lead. The final part of the plan is the Y2K party. Davie made them all ignore Angela. This is the same straw that broke Angela, and she took her own life that night.

‘A’ & Imogen face off in a brutal showdown

After hearing the truth, Imogen still wants to know what really happened to her mother. Principal Clanton admitted to sending Davie the flyer, but “A” didn’t kill her. Davie really took her life.

Principal Clanton still wants revenge for what happened to Angela. Because Davie was dead, he believed that “the mother’s guilt must fall on the child.” He helps Imogen start running before “A” chases her. “A” and Imogen have a brutal fight at Imogen’s house. Imogen tries to gain the upper hand and stabs “A” several times.

They collapsed to the floor, and then Imogen’s water broke. Absolutely perfect timing. When Imogen woke up, she was in the hospital and her baby was born. “A” survived the stabbing, but he later escaped after killing Tom Beasley, who was stabbed by Mrs. Beasley.

While Imogen is celebrating the holidays with the other girls (and reveals that her baby is being adopted by Aria and Ezra), “A” appears at Chip’s doorstep. Chip has returned home after being arrested for raping Tabby and Imogen. “A” decides to solve the problem on his own and headbutts Chip in the final moments. Talk about a killer ending.