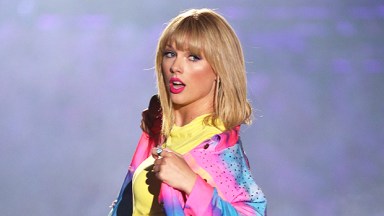 Taylor Swift’s the new song “would’d, could’d, should’d is about her relationship at 19 and eagle-eyed fans are all too quick to remember that she was quietly dating John Mayer at that time. On the 2010 song about John, titled “Dear John,” Taylor sang, “Don’t think 19 years old is too young,” and this new song recalls that. “I’m damn sure I’ll never dance with the devil at 19,” Taylor sings on the song “I’ll’ve, Could’ve, Should’d.”

The song is all about regretting a once-in-a-life relationship, and there are many clues that it could be about John. “If I were some paint, would it splatter on a promising mature man? And if I were a child, would you have to wash your hands? ” she sings in the first verse, alluding to the couple’s age difference. Throughout the song, Taylor makes it clear that this relationship has changed her and not for the good. In the bridge, she She continued, “I miss the person I used to be, the grave won’t close, the stained glass window in my mind, I regret you all the time.”

However, the biggest punch came right before she sang the chorus one last time. “Give me back my maiden, it was mine first,” sings Taylor, which may be an allusion to how far things went between her and John when she was just a teenager. . Soon after the song was relegated, fans began commenting on Twitter about how topical John must be, and they praised Taylor for finally writing another song about him.

“Can, can, should have” is part of 3 am edition of Midnight, which was released by Taylor three hours after the original album on October 21. The original version consisted of 13 songs, only to be followed up with seven more at 3am. “I think about Midnight as a complete concept album, with those 13 songs forming a full picture of the intensity of that mysterious frenzy,” she wrote on Instagram. “However! There are other songs that we wrote in our quest for that miracle. 13. I call them the 3 a.m. songs. Lately, I’ve been enjoying the feeling of being shared more and more. about our creative process with you, like we do with the From The Vault tracks. So it’s 3 a.m. and I’m giving them to you.”