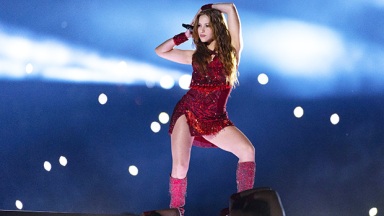 “It’s not your fault, it’s not mine. / It was the fault of monotony, I never said anything, but it broke my heart / I knew this was going to happen,” the statement said. Shakira at the beginning of “Monotonia” her new song with Ozuna. Released on Wednesday (October 19), “Monotonia” is Shakira’s second single after she split from her longtime partner, Gerard Piqué. In the lyrics – transcribed by Genius and translated by Google – Shakira, 43, and Ozuna, 30, come together for a verse about an unnamed lover. “You, your aloof attitude, and it fills me with jitters / You don’t give even half, but I know that I gave more than you.”

“I ran for someone who didn’t even go with me / This love is not dead but crazy / From what was, no more / I tell you the truth / Came ‘as cold as christmas / That’s it better that this is over now (Now, now),” the sentence continued. The song ends with Shakira again saying, “It’s not your fault, nor is it mine. / It’s the fault of monotony. “

The music video also captures the pain of “monotony”, with Shakira going through the motions of everyday life before an unnamed ex uses a rocket launcher to blow her heart out of her chest. . Shakira wandered the streets with an open wound on her torso, and a heart in her hand. She eventually found Ozuna and was able to safely put her heart in a box, away from anyone who might hurt her again.

This is Shakira’s second song since she and Gerard, 35, called it a breakup in June after 11 years together. In late September, Shakira released “Te Felicito (I congratulate you)”, the lyrics of the song read: “To make you whole / I broke myself to pieces / I was warned, but I wasn’t paying attention / Don’t tell me you’re sorry / I know you well and I know you’re lying. “

“It’s really hard to talk about personally, especially since it’s the first time I’ve addressed this situation in an interview,” Shakira said in a September 2022 interview with Elle magazine. “It’s hard to talk about, especially since I’m still going through it.” Shakira says the breakup was her “darkest hour” and that the couple have yet to establish custody of their two sons, Milan9 and 7 years old Sasha.

“Sometimes I just feel like this is just a bad dream and I will wake up at some point. But no, it’s real,” she added. “And what is also realistic is the disappointment of witnessing something as sacred and special as I think it is to have a relationship with the father of the children and to see that become something. something vulgar and fabricated by the media. And all this while my dad worked in the ICU, and I fought on different fronts. Like I said, this is probably the darkest hour of my life.”

Shakira tax evasion trial: Everything to know about the charges she faces in Spain