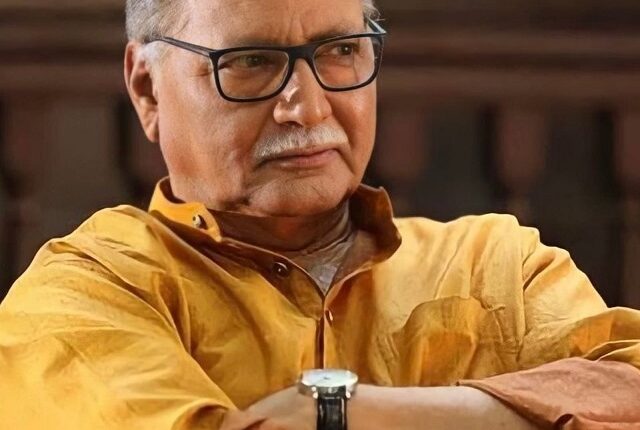 Veteran actor Vikram Gokhale is still in critical condition and on life support, he has not passed away. Please continue to pray for him,” Vikram Gokhale’s daughter affirmed

Mumbai: The Bollywood and Marathi veteran actor is currently receiving treatment and is “still in critical condition”.

“Veteran actor Vikram Gokhale is still in critical condition and on life support, he has not passed away. Please continue to pray for him,” confirmed Vikram Gokhale’s daughter,’ ANI news agency tweeted this morning.

Vikram Gokhale was admitted to the ICU of a hospital in Pune after his health deteriorated.

He took on the role of director in the Marathi film “Aaghaat”, for which he won the National Film Award for Best Actor for the Marathi film “Anumati”. He was also awarded the Sangeet Natak Akademi Award in 2011 for Acting in Theater.

Gokhale is the son of Marathi theater and film actor Chandrakant Gokhale.

Share
Facebook
Twitter
Pinterest
WhatsApp
Previous articleManoj Tiwari set to become father again at the age of 51, shares video of Godh Bharai
Next articleKaleidoscope, a new Netflix series, can be watched in any order and still make sense