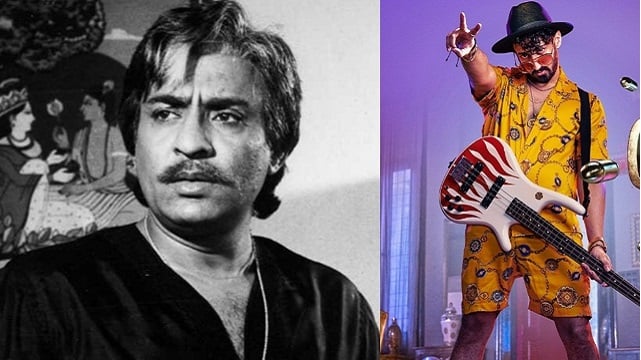 Mumbai: Veteran actor Ranjeet, who is known for his memorable performances as villains in 1970s and 1980s films, is delighted that his son Jeeva is set to make his Bollywood debut with the upcoming film. starring Vicky Kaushal ‘Govinda Naam Mera’.

The actor used his Instagram to share character posters from his son Jeeva’s film debut. He posted the photo with the caption: “Ab mera beta, Govinda ke bade problem ka beta.” To this, Jeeva had a hilarious response: “@ranjeetthegoli never worry! I promise that I will first and forever be your problem. Only.”

Excited about her Bollywood debut, Jeeva said: “It feels surreal. This is actually happening. ‘Govinda Naam Mera’ is great entertainment for everyone and it showcases some of the best talent our industry has to offer. What an absolute blessing to be joining director Shashank Kaithan in French Production. This journey has given me the rare opportunity to gain invaluable experience from the best in our industry for which I will always be grateful.”

“All I can say is, I never thought of playing a character like that, let alone my first role. For more, you’ll have to wait until December 16,” he added.

The film is directed by Shashank Kaithan, also starring Kiara Advani and Bhumi Pednekar, and will be shown on the OTT Disney + Hotstar platform on December 16.