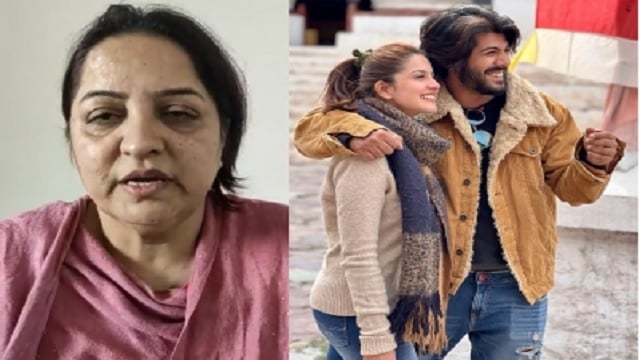 Tunisha Sharma’s mother has accused her ‘Alibaba: Dastaan-e-Kabul’ co-star Sheezan Mohammed Khan of “cheating” and “taking advantage of” her daughter.

Mumbai: In a video message released on social media, the mother of TV actress Tunisha Sharma accused her ‘Alibaba: Dastaan-e-Kabul’ co-star Sheezan Mohammed Khan of “deception” and “profit” use” her daughter.

The 20-year-old rising star, who committed suicide on December 24 on the set of the TV series in Vasai, Mumbai, is said to be in a relationship with Sheezan Mohammed Khan, but they broke up 15 days ago.

Sheezan was arrested after Tunisha’s mother registered a case of abetting suicide against him.

According to First Information Report (FIR), the two actors used to be in a relationship but broke up 15 days ago. Tunisha’s mother is blaming Sheezan for her daughter’s mental stress and depression.

In a video message, Vanita Sharma, Tunisha’s mother, alleged: “Despite having a relationship with another woman, he continued his relationship with Tunisha. He used her for three or four months. I just want to say that Sheezan should be punished, not forgiven him. I lost my baby.”

Earlier, Tunisha’s uncle, Pawan Sharma, had accused the media that Sheezan had had an affair with several other women.