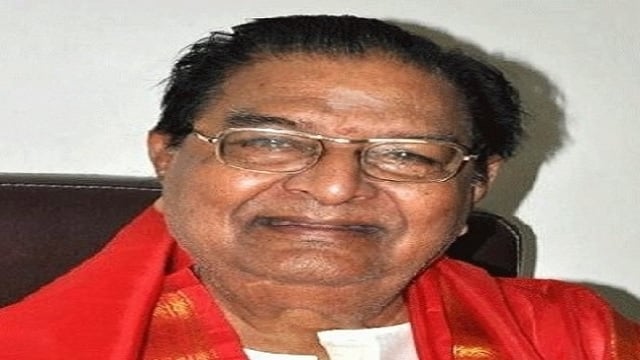 Tollywood veteran Kaikala Satyanarayana died aged 87 at dawn on Friday at his home in Filmnagar.

Hyderabad: Tollywood veteran Kaikala Satyanarayana died at dawn on Friday at his home in Filmnagar.

He is 87 years old and has suffered from age-related illnesses for the past few days.

Born on 25 July 1935 in the Krishna district of Andhra Pradesh, Satyanarayana debuted with the Telugu film ‘Sipai Koothuru’ in 1959.

Satyanarayana has acted in around 800 films in a career spanning six decades. Despite his excellent portrayal of the typical villain in the film, he was also appreciated for his portrayal of mythological characters, especially Lord Yama, the Hindu god of death.

Tollywood stars and figures from all walks of life in the two Telugu states offered their condolences on the death of Satyanarayana, who was known for her acting prowess and kindness.

He won the Lok Sabha poll from Machilipatnam in 1996.