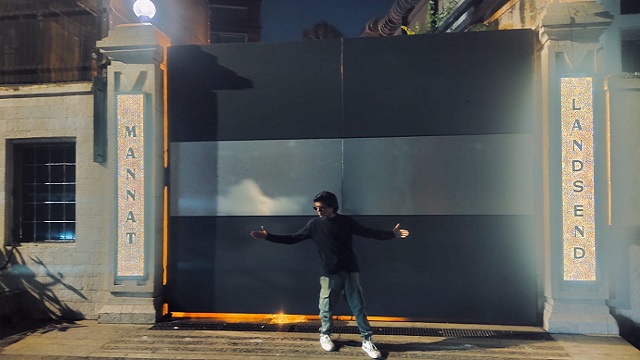 Mumbai: Superstar Shah Rukh Khan, known as the king of Bollywood, has added more jewelry to his crown – literally. His bungalow Mannat is one of the iconic places in Mumbai, and now he has taken it to the next level by receiving a diamond-encrusted nameplate for his residence.

Some fan clubs of ‘Chak De! The star of India recently shared photos of the nameplate on their social media as they flocked to the King’s castle to catch a glimpse of the glittering nameplate, which appeared about two months after the previous one. .

In the photos, two diamond nameplates can be seen with Mannat on the left and Landsend on the right. Previously, it was a blackboard with Mannat Landsend embossed on it.

Landsend as the sea-facing bungalow is at the land end of Bandstand in Bandra.

SRK often greets fans from his balcony as he recently did on his birthday on November 2nd. Fans now have an extra reason to trigger the camera shutter sound. when installing a new nameplate.

On the work front, SRK has three big-ticket releases in the works, the first being ‘Pathaan’ from the YRF spy universe. The film marks SRK’s return to the silver screen after 4 years of absence. Additionally, he has Rajkumar Hirani’s ‘Dunki’ in which he will share the screen with Taapsee Pannu and southern director Atlee’s ‘Jawan’.