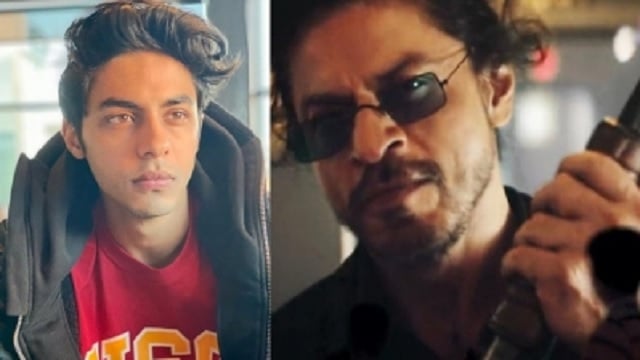 Bollywood superstar Shah Rukh Khan is a proud father as his eldest son Aryan Khan has completed the script of his first series and is ready to shoot.

Mumbai: Bollywood superstar Shah Rukh Khan is a proud father as his eldest son Aryan Khan has completed the script of his first series and is ready to shoot.

Aryan recently shared the status of his first movie with his followers through social media. Taking to his Instagram, he shared a photo with a small board and bound script placed on a pool table. The bound script had the words “For Aryan Khan” written on it.

Aryan hid the title of the film with his thumb but revealed that the film is being produced by SRK’s production company Red Chilies Entertainment.

As he wrote in the caption, “Wounded by writing…cant to speak up”, his father entered the comments section and wrote, “Wow…thinking…believing…dreaming done, now challenges…. Wish you the best for the first time. It is always special (sic).

SRK is known to be a good father and is not afraid to show affection and encouragement for his children in public. His birthday photos with his youngest son AbRam are a testament to that.

In terms of work, SRK has three releases in the pipeline – ‘Jawaan’, ‘Dunki’, ‘Pathaan’. He will also make a special appearance in ‘Tiger 3’ starring Salman Khan.