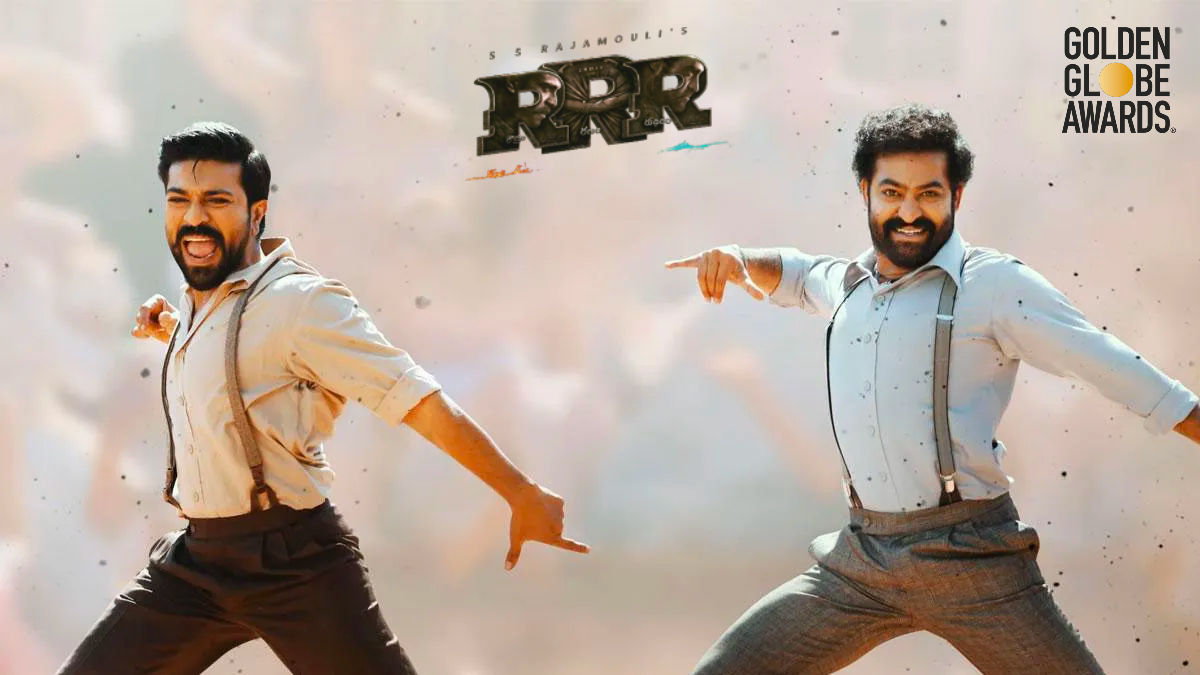 Indian blockbuster RRR made history at Golden Globe Awards in Los Angeles, winning Won Best Original Song for the song Naatu Naatu on Wednesday. Composer MM Keeravani, who was part of the RRR delegation at the ceremony, accepted the award. The RRR team was represented by the cast of the film Jr NTR and Ram Charan and director SS Rajamouli at the ceremony.

The song can be heard with the voices of Rahul Sipligunj and Kaala Bhairava, while the lyrics were penned by Chandrabose. You can listen to the song here:

RRR is a historical drama set in British-ruled India in the 1920s. It shows Jr NTR and Ram Charan writing essays on the role of freedom fighters Komaram Bheem and Alluri Seetharamaraju. The film also stars Alia Bhatt and Ajay Devgn in supporting roles, alongside British actors Ray Stevenson, Alison Doody and Olivia Morris. The film was a blockbuster hit, grossing over Rs 1,200 crore worldwide.

RRR at the Golden Globes

The film RRR was also nominated for Best Non-English Film along with All Quiet on the Western Front (Germany), Close (Belgium), Decided to Leave (Korea) and Argentina, 1985 (Argentina). However, Argentina, 1985 took the lead in this category to win.

Immediately after the win, actors Ram Charan and Jr NTR posted photos from the event. Jr. NTR congratulates the composer Keeravani with the shot later received the award.

The Academy of Motion Picture Arts and Sciences, the governing body of the Oscars, has released a list of 301 feature films eligible to compete for the Oscars. RRR is one of the Indian films eligible for the Oscars, along with others including Kantara, The Kashmir Files, Gangubai Kathiawadi, etc. This list only covers films that can be shortlisted and does not secure an Oscar nomination or award. The Oscar nominations will be announced on January 24, while the awards ceremony will be held on March 12.

Where to watch RRR on OTT

RRR is available to watch in Hindi on Netflix. The film was released in various languages ​​in theaters on March 25, 2022, after several delays due to the COVID-19 pandemic.