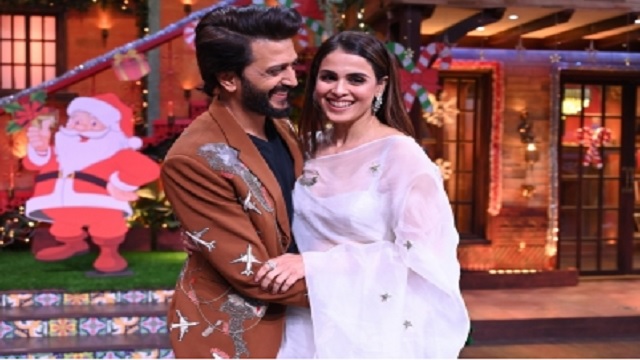 Riteish Deshmukh is candid about his wife’s negotiating skills. He recalls an incident where, thanks to Genelia, he was able to purchase a high-priced sculpture in New York for half the stated price.

Mumbai: Riteish Deshmukh is candid about his wife, actress Genelia D’Souza’s negotiating skills. He recalls an incident where, thanks to Genelia, he was able to purchase a high-priced sculpture in New York for half the stated price.

“I love art very much,” he said. So when we were in New York and I went to an art gallery with Genelia. I really love a sculpture but it comes at a high price. Therefore, I thought I should let Genelia test her unparalleled negotiation skills. To my surprise, she got the same sculpture for half the price. I’m very proud of my wife.”

Riteish started his acting career with the movie ‘Tujhe Meri Kasam’ in 2003. He went on to star in several films, including ‘Masti’, ‘Kyaa Kool Hai Hum’, ‘Bluffmaster!’, ‘Malamaal Weekly’, ‘Grand Masti’, and received a lot of positive feedback for playing a serial killer in the romantic thriller ‘Ek Villain’.

Now, he is making his directorial debut with Marathi movie ‘Ved’ and appearing on ‘The Kapil Sharma Show’ to promote his film alongside actor Shubhankar Tawde and musical duo Ajay- Atul.