Mirzapur season 3 to be released soon on Amazon Prime, get details here 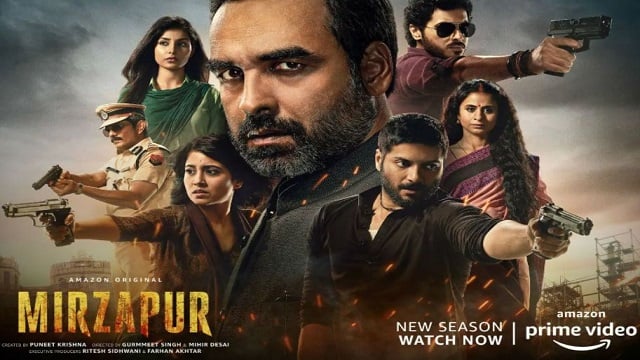 Mirzapur season 3 to be released soon on Amazon Prime, get details here

Mirzapur debuted in 2018 on Amazon Prime Video and turned out to be one of India’s most successful originals. Mirzapur Season 2 releases in 2020. After actor Ali Fazal posted on his Instagram to announce the end of filming for Mirzapur season 3, it is speculated that this much-loved series will return back to entertain people in late 2022 on the Amazon Excellence OTT platform.

Mirzapur was released in 2018 and was well received by audiences and critics alike. It currently has two seasons and an impressive IMDb rating of 8.5. This is an original Indian web series in Hindi.

The main cast for the series is expected to stay the same. Here is a list of some of the more important ones.

The third season is expected to have nearly ten episodes, just like the previous seasons of the series.

Mirzapur is a crime-based horror story set in a small town, which also adds a taste of politics, love and family feuds.