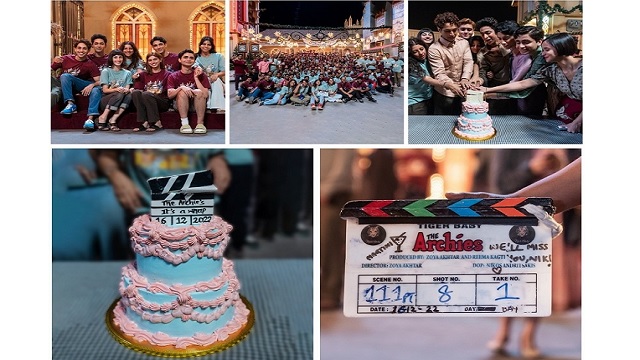 This musical is an adaptation of the globally beloved ‘Archie’ Comic and features the teen group Archie, Betty, Dilton, Ether, Jughead, Reggie and Veronica at the center. The film is billed as brimming with youthful energy, hope and excitement synonymous with the 1960s.

On Monday, director Zoya Akhtar took to her Instagram to share recap shots from the set. She wrote in the caption: “Archieeeeeeessssss! Film wrap. The best crew. Best actor. Only gratitude.”

The film is produced by Tiger Baby Films (Reema Kagti and Zoya Akhtar) in collaboration with ‘Archie’ Comics and Graphic India. The movie will be streaming on Netflix soon.