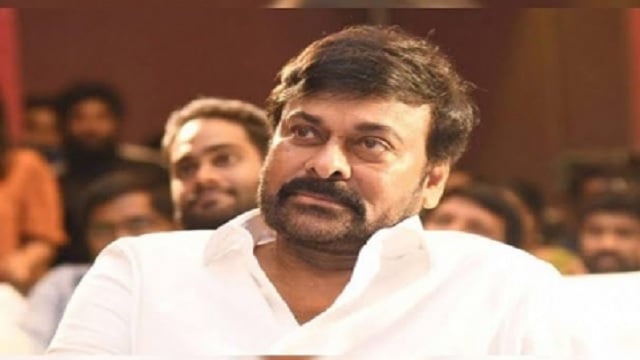 Panaji: Communications & Broadcasting Union Minister Anurag Thakur announced on Sunday that the Indian Cinema Personality of the Year award will be presented to superstar Chiranjeevi.

The prestigious award was announced during the opening ceremony of the 53rd International Film Festival of India (IFFI) here.

In a career spanning nearly four decades, Chiranjeevi has acted in more than 150 films, mainly in the Telugu film industry.

“Extremely delighted and humbled by this honor, Sri @ianuragthakur! My deep thanks go to the Government of India @MIB_India @IFFIGoa @Anurag_Office and all my beloved fans just for whom I am here today!” the actor said in a tweet.

Previously, Thakur tweeted: “Sh Chiranjeevi Ji has had an illustrious career spanning nearly four decades, with over 150 films as an actor, dancer and producer. He is incredibly popular in Telegu Cinema with his incredible performances that touch hearts! Congratulations @KChiruTweets!”