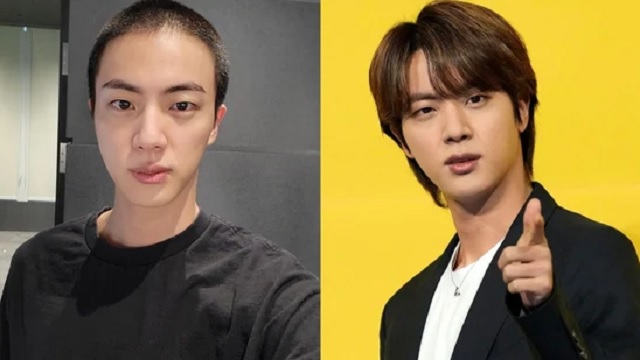 K-pop supergroup BTS member Jin has shared a glimpse of his brand new buzz hairstyle ahead of his enlistment.

Seoul: K-pop supergroup BTS member Jin has shared a glimpse of his brand new buzz hairstyle ahead of his enlistment.

Jin went to Weverse, where he shared a photo of himself with a new haircut for military training.

He wrote in the caption, “Hehehehehe it’s cuter than I expected.”

According to reports, Jin will be enlisting on December 13. His agency Big Hit Music has asked fans to limit visits to the center on the day of his enlistment.

In November, it was reported that Jin would enlist on December 13.

Yonhap, a news agency, reported that he will be training for 5 weeks. After the training, he will be assigned to the army’s front-line unit.

According to reports, the other members of BTS – RM, Suga, J-Hope, Jimin, V, and Jungkook, will be keeping up with him.