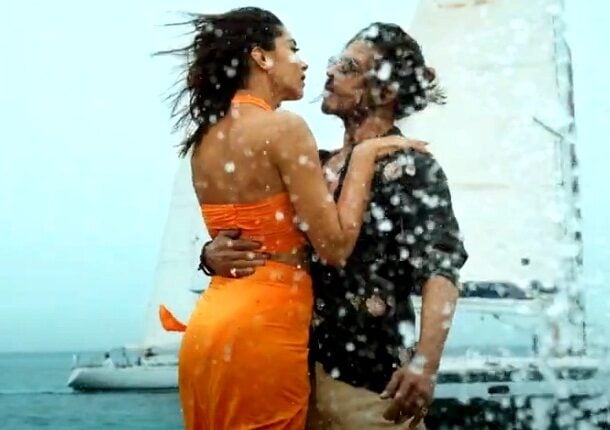 now it is BJP activists in Uttar Pradesh who are demanding a boycott of the movie ‘Pathan’ starring Shah Rukh Khan and Deepika Padukone for insulting ‘Sanatan sanskriti’.

Prayagraj (Uttar Pradesh): After Madhya Pradesh Minister Narottam Mishra, it is now the turn of BJP activists in Uttar Pradesh who are demanding a boycott of Shah Rukh Khan and Deepika Padukone’s starring film ‘Pathan’ for insulting ‘Sanatan sanskriti’.

BJP leader Rajesh Kesarwani said, “The vulgarity of saffron was included in a song in the film and it was an insult to the Hindu community and the Sanatan culture. Therefore, we have expressed our concerns.”

BJP leaders have also asked the state government to ban the film in Uttar Pradesh with immediate effect and start taking strict action against the producers.

Madhya Pradesh Home Minister Narottam Mishra on Wednesday called the costumes and scenes in the film “obscene and condemnable”.

“Actress Deepika Padukone’s outfit was very offensive and the song was filmed with dirty thoughts. The scenes and costumes of the songs should be changed, otherwise we will have to make a decision about showing it in Madhya Pradesh,” Mishra said while accusing the actress of supporting the ‘Tukde Tukde’ gang.

Notably, the opposition leader in the Madhya Pradesh Parliament Govind Singh has also expressed his anger about the costumes in the song. “The scene of the song and the costumes are very offensive. Such things are not accepted in Indian culture,” Singh said.