Ayushmann Khurrana poses in front of SRK’s Mannat; gets mobbed by fans 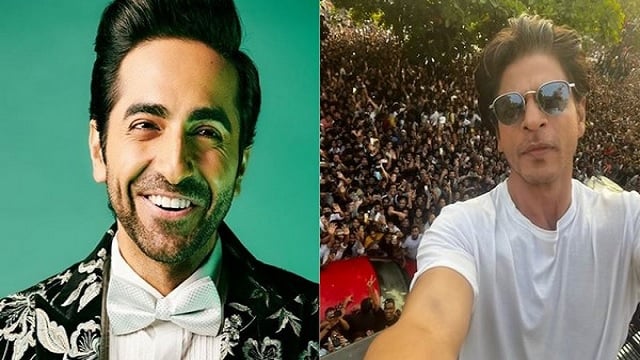 Ayushmann Khurrana poses in front of SRK’s Mannat; gets mobbed by fans

Mumbai: Bollywood star Ayushmann Khurrana, currently busy promoting her upcoming film ‘An Action Hero’, is a fan of Shah Rukh Khan. Well, who doesn’t? However, the ‘Andhadhun’ star went a little further and confessed about being a “SRKian” on his social media.

The actor took to his Instagram and shared a photo of himself walking past SRK’s iconic bungalow in Mumbai – Mannat. In the photo, Ayushmann can be seen surrounded by numerous SRK fans as he waves at the bungalow.

Recently, the producers revealed the digital performance ‘Aap Jaisa Koi’, which features Malaika Arora along with Ayushmann and is receiving positive feedback from the audience.