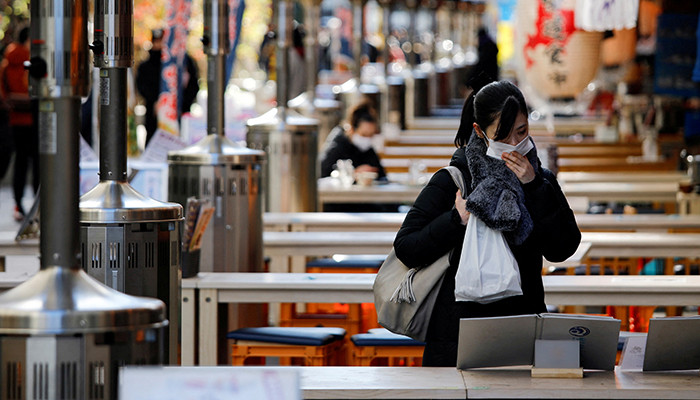 WELLINGTON / TOKYO: A new wave of coronavirus infections is rapidly spreading across Asia, warning people from New Zealand to Japan to take precautions to slow the outbreak and help contain the care system. health overload.

The new surge in cases, most of which are BA.4/5 Omicron variants, provides an additional challenge for authorities grappling with the economic downturn of previous pandemic waves in when trying to avoid extending or reintroducing uncommon restrictions.

The New Zealand government on Thursday announced free face masks and rapid antigen testing as it tries to ease the pressure on the country’s health system, which is dealing with an influx of both COVID and patients. influenza during the Southern Hemisphere winter.

Ayesha Verrall, Minister in charge of COVID-19: “There is no doubt about the combination of the sudden spike in COVID-19 cases and hospital admissions, the worst flu season in recent memory, and the absence of an absence. The face of the respective staff is putting the medical staff and the entire health system under tremendous pressure.” response, said in a statement.

New Zealand, a country with a population of 5.1 million, currently has nearly 69,000 people infected with the virus. Of these, 765 cases are hospitalized, leading to increased waiting times and cancellations of surgeries.

In Japan, new COVID-19 cases have increased to levels not seen since the beginning of this year. The government has urged people to be especially careful ahead of the upcoming long weekend and the impending summer break.

Japan reported nearly 95,000 cases on Wednesday, and the number of new infections increased 2.14 times from the previous week, according to a government spokesman.

Health Minister Shigeyuki Goto said at the start of the committee meeting on dealing with the coronavirus: “The number of new cases is increasing in every prefecture in Japan and it seems to be spreading rapidly.

Tokyo raised the alert level to the highest level. “Tomorrow we will hold a meeting of the task force to decide on the measures to be taken this summer, taking into account national trends and the opinions of experts.” Tokyo Governor Yuriko Koike said at a meeting.

Like New Zealand, South Korea has been praised for its early response to the pandemic, but by Wednesday the number of daily cases had tripled in a week to more than 39,000.

Officials and experts expect South Korea’s daily new cases to hit 200,000 between mid-August and late September and are expanding the injection of booster shots but have no plans to renew them. .

Australia warned the country could be hit by the worst COVID-19 outbreak in the next few weeks fueled by BA.4/5 Omicron variants. Authorities said “millions” of new infections could be expected, but ruled out any tough restrictions to stem the spread.

Federal Health Secretary Mark Butler told 2GB radio on Thursday: “We’re beyond that… we’re not in the age of lockdowns and that sort of thing.”

The number of people hospitalized in Australia has been close to levels seen during the last major Omicron outbreak earlier this year with the country’s health system also under pressure from high COVID and flu numbers.

While cases in Thailand have been on a downward trend, infections in Indonesia have increased, reaching their highest level since March.

New infections and hospitalizations in the Philippines remain low, but the government has warned the number of cases could increase by at least 20 times by the end of the month.

Manila is urging more people to get a booster shot as Health Department data shows only a quarter of eligible adults had received their first booster as of July 12.