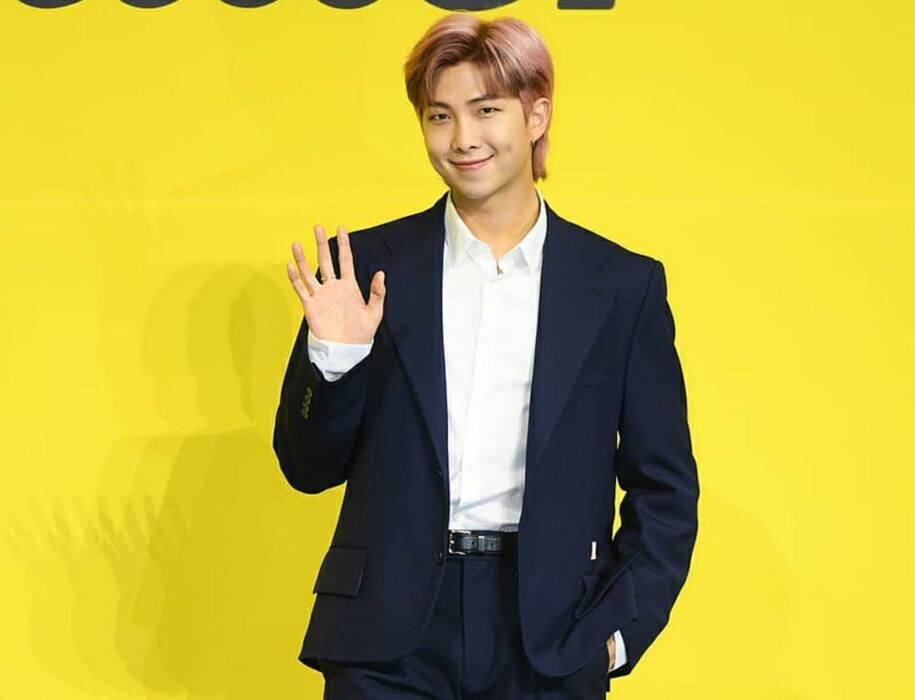 Kim Nam-Joon aka RM ranks at 10th place among the most followed Kpop idols on Instagram with more than 34 million followers. He is a rapper, songwriter and record producer by profession. He was born on September 12, 1994 in Seoul, South Korea. Currently, he is the leader of one of the most famous Kpop groups in the world, BTS. His first solo mixtape RM appeared in 2015 and the 2nd mixtape arrived in 2018. The 2nd mixtape rose to number 26 in the US. Billboards 200 and became the highest-charting album in chart history by any Korean solo artist. His 34 million fans on Instagram prove his immense popularity on social media.

Min Yoon-gi aka Suga is another famous member of K-pop group BTS on this list. He is also known as Agust D and was born on March 9, 1993 in Daegu, South Korea. He is also a rapper, songwriter and record producer just like RM. With 34.6 million followers on Instagram, he has successfully taken the 9th place in this list of the ten most popular K-pop idols on Instagram. He has twice won Melon Music Awards 2017 & 2019 and Mnet Asian Music Awards 2020.

One of the famous K-pop rappers J-hope next on this list is the group BTS, who have inspired millions of hearts around the world. He is also multi-talented like the other BTS members, able to rap, compose and dance. He is also a record producer. This K-pop star was born on February 18, 1994 in Gwangju, South Korea. His first solo mixtape The World of Hope has brought him success and huge fan base around the world. He is truly a social media influencer and star of the K-pop world. He achieved 8th place among the most followed K-pop idols on Instagram with 35.1 million followers.

We cannot ignore Kim Seok-jin aka Jin when entering the list of the most followed Kpop idols on Instagram. If you follow the K-pop group BTS, you must know this talented singer and songwriter. He was born on December 4, 1992 in Gwacheon-si, South Korea. As of now, his Instagram account has 35.1 million followers from all over the world. He has made 44 Insta posts and follows 7 Inst accounts so far. His fan following on Instagram is increasing daily.

South Korean singer and dancer Jimin is at #6 on Insta’s most watched K-pop idols list in 2022. He’s another BTS member that broke into the top 10 just behind BTS’ Jungkook. . He has inspired millions of fans around the world, which can be seen on his Insta account. Although he is not very active on Instagram, his fans never miss the opportunity to like and comment on his posts. With just 16 Instagram posts, the K-pop idol has amassed 35.6 million followers. He was born on October 13, 1995 in Busan, South Korea. He won the Hwagwan Cultural Medal Award in 2018.

Most followed male K-pop idol in the list of 10 most followed Kpop idols on Instagram in 2022. He has 40.2 million real followers on Instagram so far, helping him win 5th place here. He is a member of the K-pop boy band BTS and is considered one of the most successful and popular K-pop idols. This K-pop star gets millions of hearts per Instagram upload from fans around the world. As of now, he’s made 37 Instagram-only posts, including images, reels, and videos.

Rosé grew up in Australia’s Melbourne but was born in New Zealand. Professionally, she is a talented singer and dancer from Korea. Without a doubt, she is one of the most followed K-pop idols on Instagram in 2022 from Kpop girl group Blackpink. She has 59.5 million followers on Instagram, leading the 4th place on this list. Her 801 posts on Instagram demonstrate her positivity on the social media platform. She is very active in the fashion industry and even appeared on the cover of VOGUE Korea.

Jisoo, another Blackpink member, returns to this list. She comes in at 3rd place among the most followed K-pop idols on Instagram in 2022 with 60.5 million followers. Her Instagram page showcases some of the most recent Korean cosmetics and fashion products. She was also featured on the cover of VOGUE Korea. Her Insta account posts also show off her beauty to the world. She is also considered one of the most beautiful and hottest female idols in K-pop. In 2022, she is quite active on Instagram, posting more than other members.

The 2nd place for the most popular Kpop idols on Instagram belongs to Jennie. As of now, she has 66.9 million followers on Instagram. Jennie Kim is recognized by fans around the world with the stage name Jennie. She is also a member of the K-pop girl group Blackpink. She’s just behind the most followed K-pop artist on Instagram, Lisa. Professionally, she is a great singer and rapper. She was born on January 16, 1996 in Seoul, South Korea. She is considered one of the most beautiful and hottest K-pop idols in 2022.

If you love K-pop music, you are probably familiar with the name Lisa. Lalisa Manobal aka Lisa is the most followed K-pop idol on Instagram as of 2022. She was born on March 27, 1997 in Thailand. She has a good style and a personality besides her musical skills. That’s why she is considered one of the hottest female K-pop rappers of all time.

This famous Kpop idol on Insta is a member of the Kpop girl group Blackpink. She owns about 78 million followers on Instagram, proving her huge popularity among fans. Her Instagram page shows that she is totally into fashion and beauty.

Deshaun Watson’s Girlfriend Jilly Anais: Everything To Know About Romance With Model

Deshaun Watson’s Girlfriend Jilly Anais: Everything To Know About Romance With Model

‘Jersey Shore’: Ronnie Returns & Confirms He’s Sober After 1 Year Away From The Show